The Jewellery of Downton Abbey 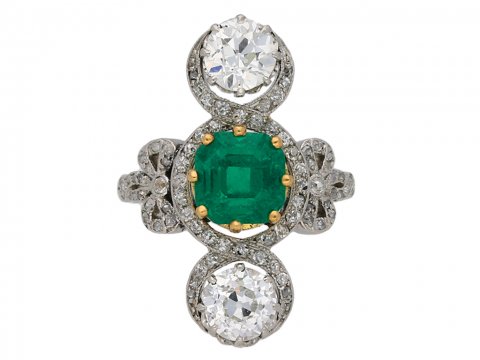 This year’s most celebrated television programme is surely Downton Abbey, with its four Emmy awards, including Best Miniseries, acting as testament.  Written by Julian Fellows (of Gosford Park fame), the drama follows the upstairs-downstairs life of an English country house over the course of the 1910s.  The show is ripe with accurate historical detail, right down to the jewellery, which has in turn inspired a fashion for jewels of this era.

In the first season the ladies of the house are in mourning, and thus dark gemstones abound, including jet and sapphires, as would have been the custom.  During season two, however, despite the onset of World War I, the jewellery is much lighter and brighter, with delicate platinum work set with diamonds, pearls and bright coloured stones such as rubies.  Lady Mary and Lady Edith in particular wear various pendant necklaces and earrings, and Cora, Countess of Grantham, can be seen in a lovely pair of diamond and ruby drops.

Cora as well as the dowager Countess and Lady Rosamund can often be seen wearing fabulous brooches.  One imagines that a good deal of Cora’s jewellery, being that she is an American heiress, would have made her partial to Tiffany’s, the premier American jewellery firm at the time.

Lady Sybil, the young rebel, is fashioned less in the high style of her relatives and instead bears more ‘modern’ Art Nouveau style jewels in the first season.  By the end of season two she can be seen wearing jewellery with a design nod towards the Art Deco—bolder colour combinations, such as black and green, as seen in her jade and onyx sautoir, a popular form of necklace at the time.

Not to be forgotten, the gentlemen would have also worn precious articles, such as cufflinks and dress sets for their tuxedos, which they were required to wear to dine every evening.  Perhaps the most exciting piece of jewellery, still yet to come, will be Lady Mary’s engagement ring—but now we will just have to wait for season three! 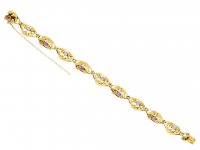 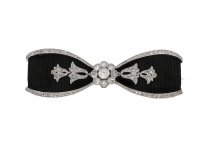 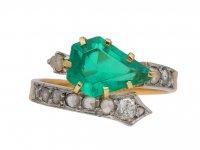