Jewellery of the British Royal Weddings

Jewellery of the British Royal Weddings 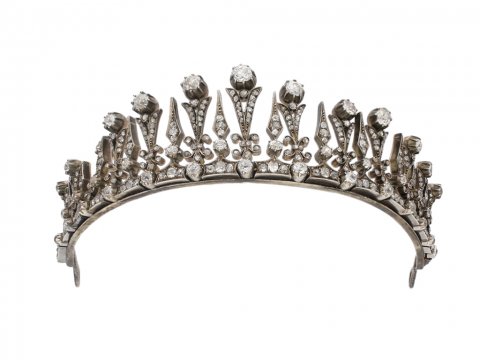 Jewellery has long been an integral feature of British royal weddings. One of the earliest recorded matrimonial jewels related to the British royal family was that given to the princess Mary, daughter of Henry VIII, who received a gold and diamond ring upon her betrothal at the age of two to the dauphin of France in 1518.  Though that arrangement was later dissolved, when she was queen she wed Phillip II of Spain with a plain gold hoop, ‘for that was as it is said her pleasure, because maydens were so married in old Tymes’, according to the Chronicle of Queen Jane (1850). THis apparently made plain gold rings the standard royal wedding band for centuries to come. A new trend in this vein was not established until King George III gave Queen Charlotte a diamond eternity ‘keeper’ ring for their wedding in 1761.  Used to mark the marriage, it also had the double purpose of protecting her larger diamond solitaire ring, hence the term ‘keeper’.

We are very fortunate to have fairly complete records of jewellery related to the wedding of Queen Victoria and Prince Albert, both of whom were great lovers of sentimental jewels.  Upon their engagement Albert gave Victoria a serpent form ring, symbolising eternity, the head set with an emerald (her birthstone), as well as an enamelled orange blossom brooch.  Not yet typical for a man to receive a ring at the ceremony, Victoria gave Albert a plain gold band on their wedding day, after the marriage service.  Great care was also taken by the couple to choose the jewels worn by Victoria and the wedding party.  The bride wore a diamond necklace and earrings in the ‘Turkish’ style made by the court jewellers at the time, Rundell and Bridge, and a diamond and sapphire brooch given to her by Albert.  In her hair Victoria wore a wreath of fresh orange blossoms, harking back to her engagement gift, which later inspired further gifts from Albert, namely a suite of enamelled orange blossom jewellery, given in instalments on various occasions including wedding anniversaries.  Victoria gave each of her twelve train-bearers an eagle shaped brooch, symbolising Germany, that being Albert’s nationality, set with turquoises, pearls (which symbolized true love), diamonds (eternal love) and rubies (passion), which were designed by Albert himself.

Moving to the most prominent royal weddings of the twentieth century, at her wedding Queen Elizabeth II wore a number of diamond-set jewels.  This included her platinum engagement ring from Prince Philip, a diamond solitaire with diamond set shoulders, the stones originally from him mother’s tiara, and a diamond tiara belonging to her grandmother, Queen Mary.  In 1981, at the marriage of Lady Diana and Prince Charles, the bride wore, of course, her now famous sapphire and diamond cluster engagement ring, along with the Spencer Family Tiara, which had been in her family since it was made in 1919.

What will Miss Catherine Middleton wear?  It has been confirmed that alongside the engagement ring originally owned by Diana, she will be given a wedding band made of Welsh gold.  In doing so Kate will be following in the footsteps of the Queen Mother, the Queen, Princess Diana and the Duchess of Cornwall, who all had their bands made from Clogau gold.  Again in the tradition of the more recent British royal weddings, it seems likely that she will also wear a diamond tiara and earrings, probably quite demure and classic, as is her style, though we will all have to wait until the twenty ninth to be sure. 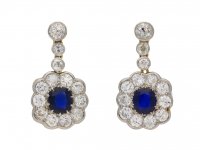 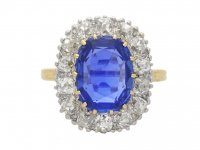 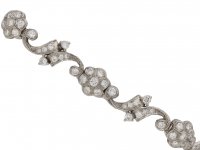 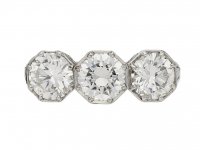 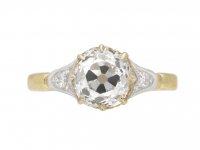