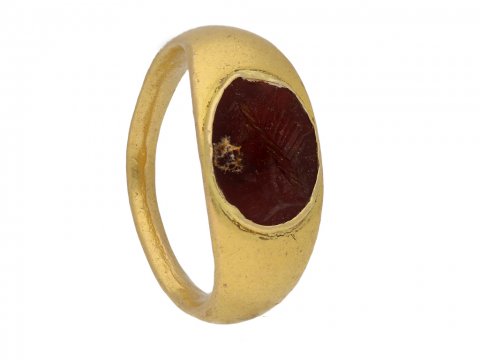 On February 3rd, a rare black diamond weighing 555.55 carats is coming up for sale at auction. Known as ‘The Enigma’ and thought to be extra-terrestrial in original, we are again reminded that for as long as the Earth has existed, humans have marvelled over the celestial bodies which for so many centuries, posed so many mysteries. The sun, moon, and stars feature prominently in jewellery throughout the ages and have held many important meanings.

Celestial motifs have been used for millennia, and are some of the longest standing designs in history. In ancient civilisations, the sun was of the upmost importance, and was often depicted to symbolise light, divine wisdom, and most significantly, life itself. In many cultures, the sun was deemed the highest deity or power, indeed, in ancient Egypt, the supreme deity was Ra, the sun god, whose power was wielded by the pharaohs. The sun, along with the moon and stars were popular in Egyptian jewellery, crafted from vibrant gold and enamel.

For the ancient Romans, Sol Invictus was the personification of the sun, who was widely celebrated from the 3rd century onwards. Meaning ‘Unconquered Sun’, Sol Invictus was depicted in coinage and on signet rings, often with a radiating crown. Much favoured by Emperors, the cult of Sol Invictus became a major part of Roman religion until the onset of Christianity. Even then, the festival of Sol on December 25th was chosen by the Church to mark the birth of Christ, further highlighting the importance of this ancient sun deity.

In the Medieval era, moon and star motifs became popular in jewellery, especially on rings and brooches. At this time, jewellery was worn for both the talismanic properties it wielded, as well as having a practical purpose. Stars and moons feature in the crest of several noble families, and were thus seen in many seal rings as an identifying signature.

The nineteenth century saw a huge growth in the popularity of astronomy, with The Royal Astronomical Society formed in 1822, and later the British Astronomical Association in 1890. Many notable events occurred this century, including the reappearance of Halley’s comet in 1835, and the discovery of Neptune in 1846, all which inspired a renewed desire for celestial jewellery.

Victorian jewels are known for having layers of meaning. In this era it was not deemed proper to show emotion, and therefore jewellery contained a hidden sentimentality, offering a discrete way of communicating messages and meanings.

Crescent moons have long been associated with a powerful feminine deity, and were thought to represent the changing seasons in one’s life. In the Victorian era, these were often gifted to newly married ladies, earning them the name 'honeymoon brooches'. From the 1860's onward, the star motif also featured prominently in jewellery. Diamonds and gemstones were commonly set in the centre of a star, which would have been carved into the piece by a skilled craftsman. The glinting sparkle of a diamond or coloured gemstone emulated the twinkling light of the stars, which have long been symbolic of guidance and wisdom.

Moving into the 20th century, these motifs remained popular, and many jewellery houses, including Cartier and Van Cleef & Arpels designed collections based around this enduring theme.

Whether your interest in celestial motifs is astrological in nature, like the ancient Romans or astronomical, like the Victorians, we are sure to have a special piece for you! If you would like to purchase your own unique piece with a dazzling celestial design, our entire collection is available to view online. Alternatively, you can visit our showroom in Hatton Garden, with no appointment necessary. 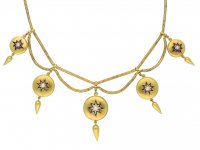 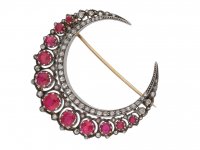 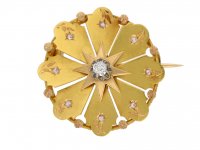 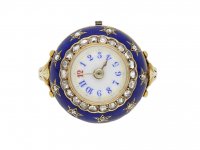 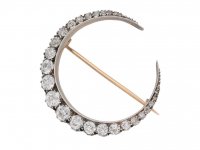 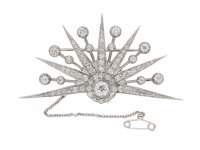