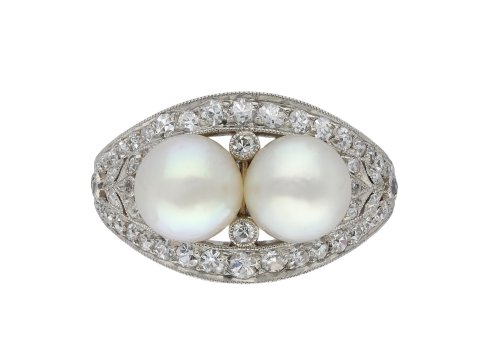 Recognized as a pre-eminent American jeweller, J.E. Caldwell has been an important name in jewellery for almost two centuries, offering rare stones and exquisite designs that intrigue and inspire.

Born in Poughkeepsie, New York in 1813, James Emmot Caldwell moved to New York City aged 14 to hone his skills as a silversmith apprentice, eventually gaining the status of Master Silversmith in 1835.

After settling in Philadelphia, J.E. Caldwell & Co. was incorporated in 1868, and would eventually go on to become the landmark jeweller of the city.  Known for offering styles that reflected and complimented the fashions of the era, J.E Caldwell’s collections included jewellery, silver, and objets d’art in the European style his American buyers had a penchant for.

Remaining a family-run business after the death of the founder, J.E. Caldwell began to establish themselves as a name offering some of the most significant examples of American Art Nouveau and Belle Époque jewellery. The opulent designs were elegant, romantic and highly decorative as people sought to display their newfound wealth in their jewellery and fashion choices.

During the Art Deco period J.E. Caldwell flourished further, celebrating geometric lines, diamonds, and bold colour contrasts. They were known to work with Oscar Heyman (known as the jeweller’s jeweller) to manufacture some of their finest designs; a coming together of two highly celebrated American jewellery names.

While Europe faced a period of rationing and austerity in the post-war years, the United States in contrast was experiencing growth and extravagance, as they fast became the biggest consumer of high-end jewellery. The 50s and 60s are frequently characterised by eclectic creations influenced by Hollywood-inspired pastiches of bygone eras, as shown in the striking J.E. Caldwell bombé rings available at Berganza.

J.E. Caldwell creations continue to be recognised as some of the finest examples of American jewellery. Signed pieces are highly collectable and a testament to the exceptional design and superior craftsmanship that have gone in to the making of them. If you would like to own a part of American jewellery history, the full collection is available to view on the Berganza website, or enquiries can be made via telephone, email and WhatsApp. 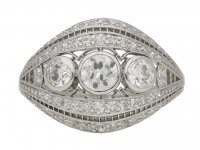 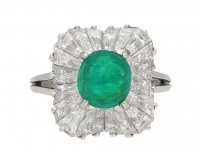 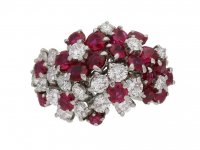 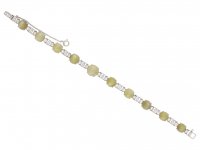