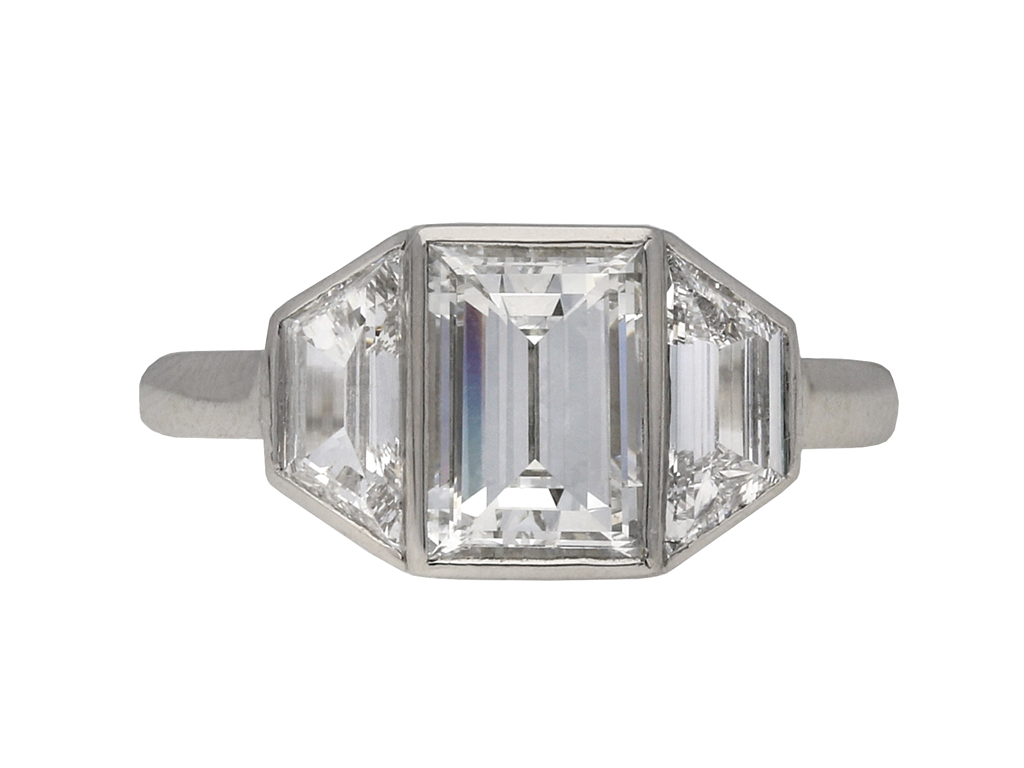 The Art Deco period began post World War I, and the start of World War II saw its end. It saw Hitler, Stalin, and Mussolini, the rise of Communism, and China's imperial dynasty overthrown by a Republic. Tutankamun is unveiled in 1922, and the Panama Canal is opened. Penicillin, latex and nylon are invented. Television, radar, the ballpoint pen, helicopters and the parking meter make their first appearance. Rockets, antibiotics and the great Stock Market Crash change the world. The planet Pluto is discovered and the newly found galaxy of Andromeda. Talking pictures are invented and the film ‘Gone with the Wind’ is the latest thing. Germany decides upon a Final Solution and the civilized world temporarily comes to an end.

The Art Deco period began with a rejection of Victorian values. When Serge Diaghilev presented Nijinksy and the ‘Ballet Russe’ in the 1909 production of Scherezade, the bold and exotic colours, so distinctly Oriental, with the shocking reds paired with blacks, and the cool blues coupled with vibrant greens fired the public imagination.

Extraordinary artists like Matisse and Picasso were coaxed into creating sets for the theatre and through their efforts exposed the public to Expressionism, Futurism and Cubism. Egyptianism takes off with the discovery of King Tutankhamun’s funerary treasures.

The 1925 Paris Exposition of Decorative Arts and Modern Manufacturers gave the movement its name; the uneasy alliance between art and industry began, with the mutual challenge of producing quality designs.

Geometry and symmetry marked the look. Bold design and colour emphasized it. Yet, the form was still flexible enough to incorporate Egyptian, African and Oriental motifs into its functional lines. Black and white infused with dramatic colour was the sign of the times. That meant the whiteness of diamond or rock crystal combined with platinum, and black onyx set against coloured stones. Motifs included colourful fruit or flowers, the Egyptian scarab, oriental themes abounded, pagodas with strong red corals set in contrast with onyx and diamonds. The early Deco period of 1909-1925, aptly called Art Deco, was graceful and feminine, with formalized floral designs that borrowed the radical chic of Art Nouveau's free flowing curves and naturalistic motifs; but, it made them more austere with precise curves and ovals, and stark floral motifs. The later Deco period of 1925 to World War II is called Art Moderne, or Modernism. This replaced Art Nouveau's soft and feminine natural lines, pastel colours and floral excess with vivid colours and colour combinations. It took the Edwardian's Garland design as a starting point and made it, geometric, symmetrical and strongly Cubist.

Platinum was the metal of choice, and the new cubist influence demanded new fashionable cuts in the ever-popular diamond, such as baguette, emerald, trilliant, pear and marquise. Coloured gemstones were used in huge quantitities, with rubies, sapphires and emeralds maintaining their mystique. Centre stones were fine and faceted, while accent stones were done as cabochons, carved leaves, or calibré-cuts.

Pearls grew in popularity and found their way into chokers, long ropes and sautoirs. The carry-over Oriental influence of Art Nouveau was evident in the continued popularity of enamelling, especially Cloisonné enamelling in red and black. Coco Chanel made it popular and acceptable to wear costume jewellery made of marcasite, glass and paste.

The liberated female of the Roaring 20's became the leading icon of the age. Gone were the sentimental cameos, chatelaines, tiaras and diadems of the past. An emancipated style required an emancipated look. The plunging necklines of the day called for long pendants, and sautoirs with tassels. Short hair made decorative combs obsolete, but exposed the ears, creating a need for drop earrings. Short sleeves or entirely sleeveless dresses invited bracelets and bangles, some even worn as cuffs on the upper arms and fabricated in flexible platinum decorated with diamonds accentuated by coloured stones. Jabot pins came into fashion, and the double clip brooch worn together or separate. The wristwatch, pendant watches on long chains, and jewel-encrusted lapel watches all told women how valuable their time was. The advent of the cocktail party created a need for sophisticated cocktail rings. And, indispensable for the new woman on the move, were jewelled compacts, minaudières, cigarette cases and sleek, elegant cigarette holders all made in the Deco style.

The individually handcrafted pieces were still the best and most sought after. Although it was Paris where the Deco spirit really thrived and came to fruition, the Great Depression of the 1930's weakened its creative spirit and effectively sapped its spirit, before World War II killed it entirely. After that, a war-ravaged Europe was too weary to resurrect it. 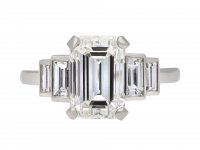 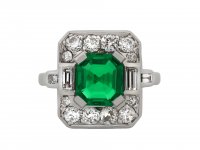 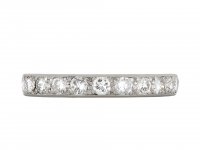 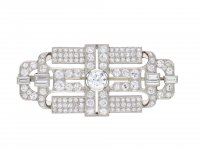 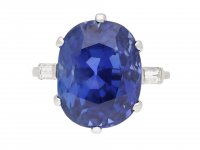 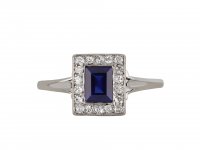 Sapphire and Diamond cluster ring, circa 1920. 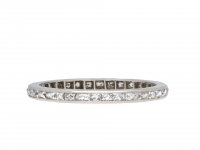 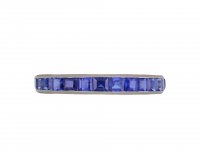 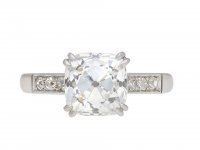