The Perfect Token of Affection 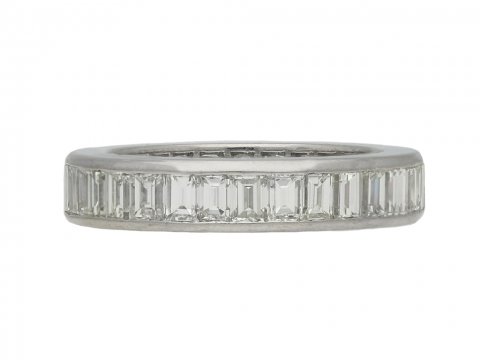 Besides the known tradition of wearing rings for engagements or marriage, rings have for centuries been given and worn as a symbol of friendship, as a token of celebration for anniversaries, the birth of a child, or simply to show appreciation of a loved one.

It was the ancient Egyptians who were the first to use rings as a symbol of eternity; the endless circle having no beginning or end, and the open centre representing a portal to the unexplored future of a relationship.

The eternity ring as we know it today is defined as a circular band set with a continuous row of gemstones of the same size and, usually, the same cut. They are commonly, but not exclusively, worn in addition to engagement and wedding bands to further celebrate a union. Their striking look and versatile nature is such that women from Marilyn Monroe to Carolyn Bessette-Kennedy and even Queen Letizia of Spain have all received a version of an eternity ring as their engagement ring. They can equally serve as a sparkling wedding ring or can be stacked to combine different gemstones or cuts for a dazzling and dramatic effect.

At Berganza, we have a wide collection of vintage and antique eternity rings to choose from. We are also proud to have a special relationship with famed American jeweller, known as ‘the jewellers’ jeweller’, Oscar Heyman Brothers, and can offer a selection of their signed pieces.

If looking for an alternative to a gem set eternity ring, posy rings are steeped in history, and are a special option that can work for both for men and women. Completely unique and personal, they are typically made up from a band of gold with a personal engraving in Latin, Norman French or English. They acquired their name from the word “posy” or “poesy” based on the French word 'poésy', to describe the motto or poem inscribed inside the ring. These rings were popular from the late medieval period onwards and were used as a lover's token, a wedding ring, in friendship, for loyalty or even as memorial rings. The rings portrayed secret messages between the giver and the recipient and it was said that if the words were worn against the skin it made the message more poignant.

Berganza are proud to have one of the largest collections of posy rings available to purchase within Europe, which can be viewed online or in store.

The versatile nature of a ring is such that it can be worn in many different ways and it can represent special bonds, moments or it can be worn simply because we like it. Our team of specialists look forward to welcoming you to the recently reopened Berganza showroom to assist you on your search for your next piece of jewellery. We are open 10am-5pm Monday to Friday and 10:30am-5pm on Saturday, no appointment necessary. 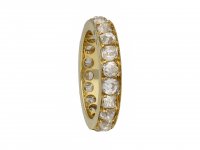 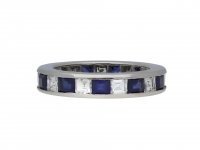 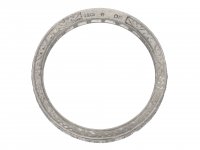