The Iconic little blue box: The legacy of Tiffany & Co.

The Iconic little blue box: The legacy of Tiffany & Co. 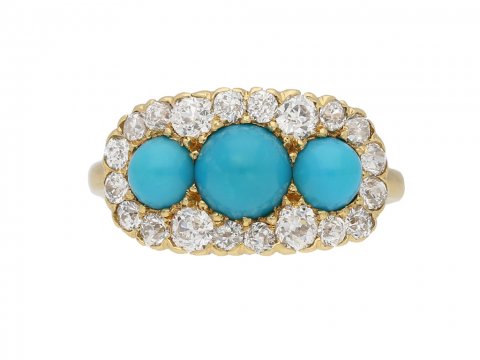 Not many things are more iconic than Tiffany's little blue box. The Robin's-egg blue hue known around the world today as 'Tiffany Blue', has been synonymous with the luxury house ever since it debuted. Tiffany's brand and designs are recognised globally as a symbol of pure luxury and desire. Founded by Charles Lewis Tiffany and John Burnett Young in New York City in 1837, Tiffany & Co. is an American jewellery and silverware company whose legacy is filled with prestige and fine craftsmanship.

In 1845, Tiffany began publishing the Blue Book, a catalogue of the company's most impressive gemstones and silver, and is the origin of Tiffany's signature blue branding. In 1886, Charles Tiffany brought his concept of the modern diamond engagement ring to life. He introduced the Tiffany Setting, which consisted of a six-claw setting that was virtually hidden, and allowed the diamond to float above the band and into the light- changing the engagement ring as we know it forever.

In 1902, Louis Comfort Tiffany, son of Charles Lewis Tiffany, became the company’s first official design director. He was a prominent figure in the Art Nouveau movement, and his naturalistic aesthetic and use of colour still remains an inspiration for Tiffany designers today. Inspired by the disorder of nature, Louis Comfort Tiffany became known for his organic designs. He incorporated flowers, fruit and insect motifs into his designs, and used gemstones such as garnets to portray berries and green enamel for leaves.

The company’s aesthetic blossomed through the Art Deco era, and later became a huge success at the 1939 World’s Fair with their cocktail styles. This followed with the opening of the Tiffany flagship store, on the corner of 57th Street and Fifth Avenue, establishing the area as New York’s premier shopping destination.

Renowned designer Jean Schlumberger joined Tiffany in 1956. His opulent, whimsical designs enticed women to step into a fantasy world filled with plant and sea creature motifs. He was also known for the playful use of precious gemstones, and his generous use of colour filled Tiffany pieces with joy and vibrancy. Schlumberger used to travel to India, Thailand and Bali for inspiration, resulting in the dynamic and energetic qualities in his work.

Elsa Peretti was the next designer to work for Tiffany, revolutionising jewellery design. Peretti's designs were modern and sculptural, giving the public something contrasting to the previous ornate designs of Jean Schlumberger.

Tiffany & Co became an integral part of pop culture, with its global flagship store on Fifth Avenue forever being associated with Audrey Hepburn as Holly Golightly in Breakfast at Tiffany's (1961). Today, Tiffany pieces are a beloved red carpet accessory among the Hollywood stars.

Here at Berganza, we have a wonderful collection of antique and vintage Tiffany & Co. pieces with a varied array of styles and eras to choose from.

View our entire collection online, or visit us at our showroom where our jewellery specialists would be delighted to assist you in finding your very own piece of Tiffany history! Our opening times are Monday-Friday 10am to 5pm, and 10:30am-5pm on a Saturday. All shipping is complimentary.

Please note the Berganza showroom will be closed for the Good Friday and Easter Monday bank holidays, however it will remain open on Saturday the 16th April. 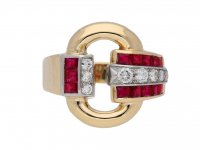 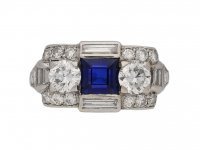 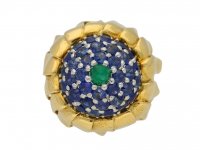 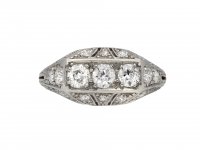 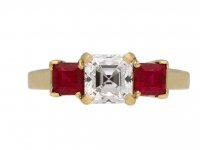 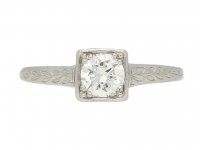 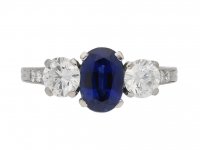