The Brilliance Behind Bulgari 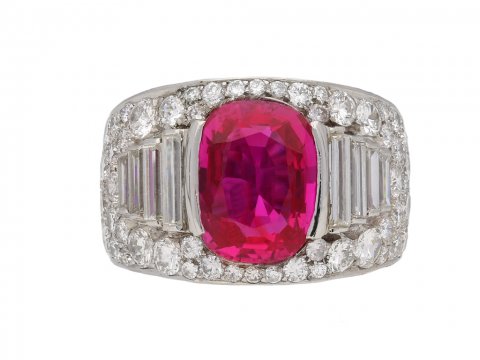 The house of Bulgari is one of the most highly regarded jewellery houses in the world, designing spectacular pieces since the 19th century. Their designs incorporated unseen before colour combinations and shapes which attracted celebrities, such as Elizabeth Taylor, and even royalty! At Berganza, we wish to delve deeper into this jeweller’s fascinating history, uncovering the genius behind their creations.

The story of Bulgari began in the heart of Greece, when Sotirios Boulgaris was born in Kallarytes; an area renowned for skilled silversmithing. Sotirios was trained as a silversmith by his father, carrying on the family trade which can be traced back through generations. After selling his silver wares around Europe, Sotirios set up his own shop in the spring of 1884 at No. 85 Via Sistina, Rome. Following great success, he opened subsidiaries in following years, one of which was cleverly named the 'Old Curiosity Shop' at 10 b-c Via de Condotti in 1906. This was named after a Charles Dickens novel to attract the wealthy aristocratic British and American tourists.

Once Sotirios’ sons, Giorgio and Constantino, took over the business in 1918, they focused their designs more upon fine gems and luxury jewellery. The duo complimented each other, combining their knowledge of historic designs and forward thinking craftsmanship. Together, they became one of the finest Italian jewellers.

Early designs featured regal and bold sculptural silhouettes, focusing on strong shapes and handcrafted details within yellow gold. Their pieces were strongly influenced by Italian art and architecture, and one of Bulgari's hallmark's became their use of vivid colour and cabochon cuts. Inspired by the ceilings of historic baroque buildings, Roman landscapes and fascinating myths and legends, Bulgari's pieces truly evoke the essence of Rome!

Arguably one of their most renowned designs, dating back to the 1930s, is the 'Trombino' ring. Translating to ‘little trumpet’, and initially created for Giorgio Bulgari's wife, the Trombino Bombé cluster design was pioneering as it enabled the central impressive gemstone(s) to stand proud as the centrepiece, bordered by a myriad of smaller diamonds.

Over the decades, Bulgari established a reputation for excellence, using only the finest natural gemstones, and highest quality craftsmanship. Whilst always honouring their Italian legacy, Bulgari created designs that have become iconic today. At Berganza we have a fine selection of original Bulgari pieces, including a rare early citrine ring crafted by Sotirios Boulgaris himself! To view these spectacular pieces, visit the showroom or enquire through our website today! 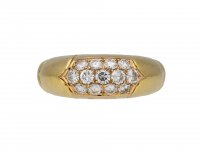 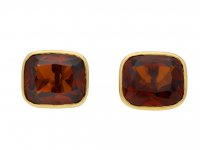 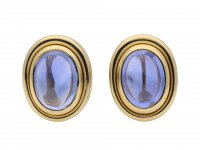 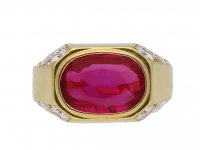 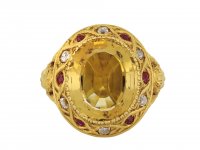 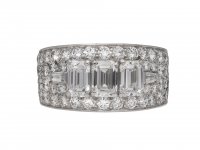