What Dreams are made of: The Deco Dress Ring 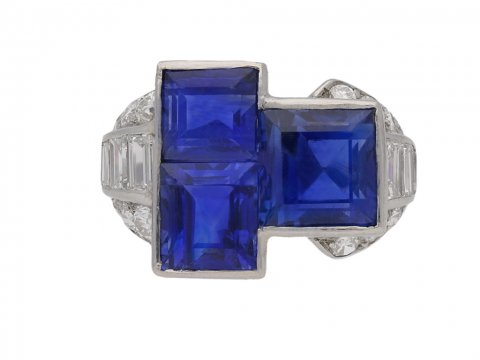 Picture the scene… It’s 1925. A sparkling dress ring catches the light in an illicit speakeasy in New York City. Worn over a long black glove, the diamond dazzles in the low light as a young, modern woman brings her glass to her lips and take a sip of her cocktail.

This was a time of extravagant tastes, a flaunting of freedom and an abundance of style! Following the end of WWI, the world was in a celebratory mood. Money was flowing, societal norms were changing, and women were reluctant to go back to their pre-war lifestyle and fashions.

The origins of the dress ring in popular society can be traced back to this inter-war era, famously known as the Art Deco period, and can be directly linked to this newfound freedom. The femininity, floral designs and flowing lines that epitomised the Edwardian era no longer matched the carefree and forward-thinking spirit of the modern woman.

Despite the introduction of prohibition in American society, people were not deterred from consuming alcohol in secret, and were enjoying post-war life to the full! However, with the debut of cocktail parties into society, there was now a need for a new style of ring that would provide an eye-catching look for such an occasion. Enter the cocktail, or dress ring.

Women across the world, from Paris to New York, were wearing dress rings which were now symbolic of more than just their wealth and status. Women had been offered the vote, were driving automobiles, and newer liberal fashions allowed more freedom of activity, including golfing, sailing, dancing, and more! Often composed of a large central gemstone, with diamond accents, dress rings were designed with this new lifestyle of leisure in mind.

Colour was of the upmost importance in this era, which meant that dress rings featured a large array of more unusual gemstones, such as spinel, lapis lazuli and aquamarine. Also popular in Art Deco jewellery was the use of onyx, often featured alongside diamonds and other coloured gems to create stunning monochrome pieces.

These bold and colourful designs were highly sought after. Jewellers saw themselves as artists, and artistic movements, including Cubism, had a great impact on jewellery design in the 1920s. This influence is seen in the clean linear lines, architectural structures, and geometric motifs that we associate with Art Deco jewellery today.

To find your Deco dress ring of dreams, view our entire collection online or in our Hatton Garden showroom. We are open Monday to Friday from 10am until 5pm, and on Saturdays from 10:30 until 5pm, there is no appointment necessary. We offer complimentary shipping worldwide, inclusive of all taxes and duties. 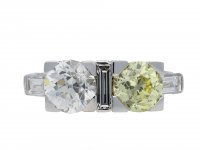 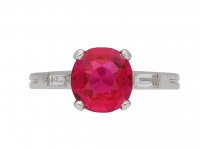 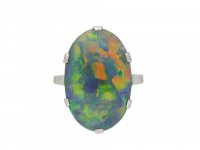 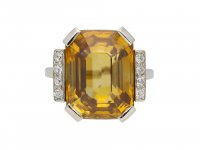 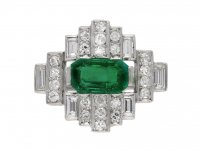 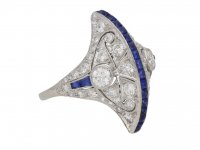 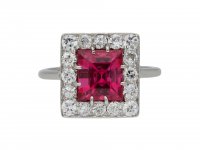 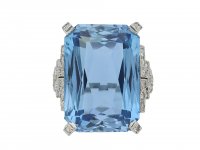