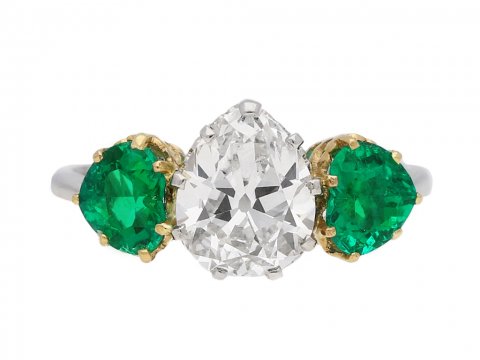 Diamonds have a long and illustrious history, and over the past century have become synonymous with engagement rings. With a multitude of different cuts to choose from, today we are shining a light on some of the more unique diamonds within our collection, each which comes with their own fascinating history!

The 'drop' shape cut, also sometimes referred to as a 'pear' shape, is unusual and rare to find in antique and vintage jewellery. The first form of the drop shape, the 'pendeloque' or 'briolette' was invented by a Flemish diamond cutter, Lodewyk van Berquem in the 15th century. He is also credited with inventing the scaif, an important tool which allowed him to create facets on a diamond, and thus better optimise light reflection and sparkle- a defining moment in the history of diamond cutting!

Some of the most famous diamonds in history have been fashioned into drop shapes, for example the world’s largest white diamond ever discovered, the Cullinan I, is a 520.02 carat drop shape, now set in the ceremonial sceptre of the British Crown Jewels.

Another unusual cut which evolved over the centuries is the French cut, which can trace its origins back to the 15th century. These diamonds are square or rectangular in shape, displaying a 'cross' to the crown facets. A natural evolution to the early table cut, French cut diamonds were fashionable in the 17th century, when they were favoured by nobility and royalty. The cut gained popularity again during the Art Deco period, as their geometric appearance was the perfect complement to the linear designs of the era.

The term 'French cut' does not derive from its country of origin, rather it refers to the distinctive cutting style. Its name is likely derived from the fact that it was more popular in France than anywhere else.

Another cut popularised in France was the marquise shape diamond, also known as 'navette', French for 'little boat', as it echoes the outline of a ship. The name for the marquise cut allegedly has its roots in 18th century France, when King Louis XV supposedly commissioned his court jeweller to fashion a diamond to be worn by his mistress, Madame de Pompadour, also known as the Marquise de Pompadour. This new diamond was named in her honour.

The marquise cut is seen much more rarely than most other diamond cuts due to the high degree of weight loss when cutting the crystal into this shape. Marquise diamonds are most often cut from an irregularly shaped diamond crystal to make the most of their dimensions and symmetry.

Perhaps one of the most rare of all diamond cuts, is the Asscher cut. Designed by Joseph Asscher in 1902, this cut is characterised by its square outline, parallel lines and fifty-eight facets, often described as showing a 'hall of mirrors' effect.

This diamond cut was the first to ever be patented, and the Asscher Diamond Company held the exclusive rights to produce this cut until World War II.  Shortly after the Nazi occupation of Amsterdam in 1940, the company’s assets were seized and the company dissolved. As a result, the patent expired, and other companies began to utilise this cutting style, although not necessarily according to the specific proportions of the Asscher patent. Therefore, pre-war Asscher cut diamonds are rare to come by, and highly sought after today!

If you are searching for a unique diamond, visit Berganza to find the one that speaks to you! We are open Monday to Friday from 10am 5pm, and on Saturday from 10:30am until 5pm. Our entire collection is also available to view online. Please note that we will be closed on Monday 29th August for the national bank holiday. 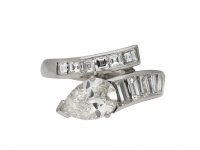 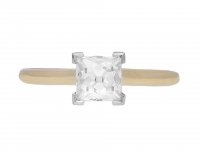 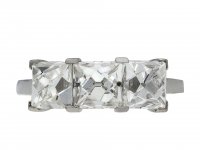 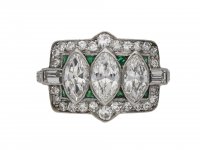 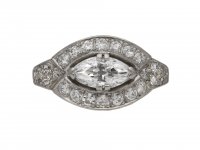 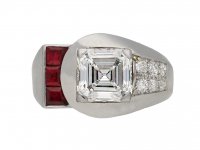 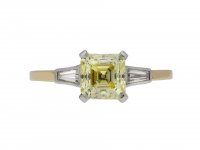 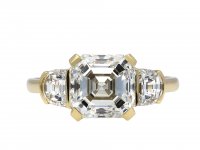