On this day in 1975 Elizabeth Taylor celebrated her second marriage to Richard Burton.

The Hollywood star was famously known for being married eight times, in particular, twice to actor Richard Burton, with whom she starred in eleven movies. Their first marriage lasted from 1964 to 1974, before divorcing and then reconciling the following year.

Elizabeth Taylor once wrote that "Richard was so romantic that he'd use any excuse to give me a piece of jewelry. He'd give me 'It's a beautiful day' presents or 'Let's go for a walk' presents. Over the years I've come to think of these as my 'It's Tuesday, I love you' jewelry."

Indeed, over the course of their tempestuous relationship Burton presented Taylor with an array of jewels. In 1968 he purchased the Krupp diamond, a 33 carat Asscher cut set into a ring by Harry Winston. Taylor often said that this was her favourite piece of jewellery and after her death in 2011 it was renamed the “Elizabeth Taylor Diamond”.

The following year in 1969, Cartier auctioned a 69.42 carat drop shape diamond set into a ring with two smaller diamonds either side. Burton paid over $1million dollars for this piece, which Taylor had reset into a necklace due to the incredible weight of the stone. Known today as the Taylor-Burton diamond, for insurance reasons Elizabeth was only allowed to wear it in public for 30 days of the year and only then with armed security present!

Elizabeth Taylor was a great enthusiast of prominent design houses, owning pieces from Cartier, Bvlgari and Van Cleef & Arpels to name a few. After her death, her jewellery collection was auctioned off by Christie’s for a record-breaking sum of $137,235,575.

Why not surprise your loved one with a special piece of jewellery, just because! Here at Berganza we have one of the largest collections of ancient, antique and vintage pieces in Europe. Either stop by our showroom in Hatton Garden or view our entire collection online. 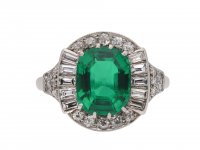 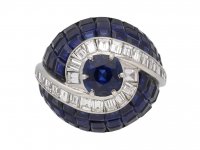 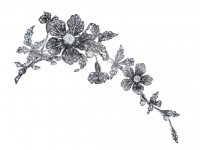 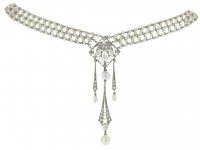 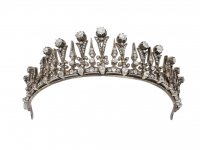 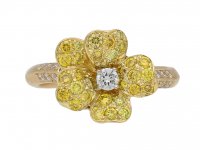