An Extraordinary Discovery in the Valley of the Kings

An Extraordinary Discovery in the Valley of the Kings

One of the most important archaeological finds to date 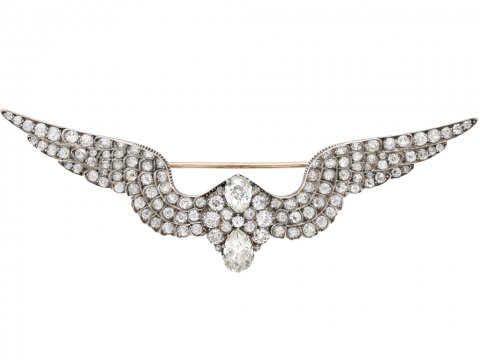 On 26th November, ninety-four years ago, British archaeologist Howard Carter and his patron Lord Carnarvon first entered the tomb of the Egyptian Pharaoh, King Tutankhamun. This legendary discovery remains one of the most important archaeological finds to date and has been a source of curiosity and speculation for almost a century.

A student of renowned Egyptologist Flinders Petrie, Howard Carter first travelled to Egypt in 1891 at the age of seventeen. In 1907, Carter was introduced to George Herbert, Fifth Earl of Carnarvon – an exceedingly wealthy and enthusiastic collector of antiquities. Carnarvon would become Carter’s financial backer, funding many years of fruitless excavations in the Valley of the Kings. In 1922, presumably dissatisfied by the archaeologist’s lack of results, the Earl informed Carter by telegram that he would fund only one more season of digging. Luckily for Carter a breakthrough came in the nick of time, when on the 4th of November, a series of stone steps emerged from the desert sands that the team were excavating. Hurriedly notifying his patron, progress was halted until the Earl’s arrival some three weeks later. Carter’s years spent toiling in the intense heat of the Valley finally came to fruition, when on the 26th of November, the sealed doorway in to the tomb was breached – the flickering light from the archaeologist’s candle illuminating the wealth of treasures housed within. When asked by the Earl if he could see anything, Carter famously replied – ‘Yes, wonderful things!’

Progress was slow at first, as Carter meticulously catalogued the antechamber before proceeding in to the burial chamber in the Spring of the following year. Every stage of the excavations was chronicled by the press and ‘Tutmania’ soon spread across Europe and the United States. In Cairo, wealthy visitors enjoyed dishes prepared ‘à la Tutankhamun’ and danced the ‘Tutankhamun Rag’. In London, it was even proposed that the Underground extension running from Tooting to Camden, then under construction, be named the ‘Tutencamden’ Line in honour of this momentous discovery. The hype around Tutankhamun was only perpetuated by the sudden death of the Earl of Carnarvon in April 1923 - an unfortunate event which provided ideal fodder for sensationalist journalists who wrote in depth about the Pharaoh’s Curse.

Egyptian influences can be seen in jewellery as early as the mid-nineteenth century, when Revivalist jewellers introduced Egyptian motifs, such as scarab beetles and pharaohs’ heads, in to elaborate Etruscan designs. The Art Deco movement, which coincided with the discovery of Tutankhamun, adopted the bold colours and geometric lines of Ancient Egyptian ornament. Cartier in particular produced some very fine ‘Egyptian’ jewels during the 1920s and 30s, with a number of exceptional pieces incorporating Egyptian artefacts set within modern mounts of platinum and diamonds.

Discover our collection of Ancient-Egyptian and Egyptian-Revival jewels, by browsing online or visiting us in store. 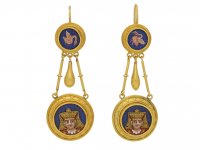