The ravishing beauty of rubies

The ravishing beauty of rubies

information on rubies and their history 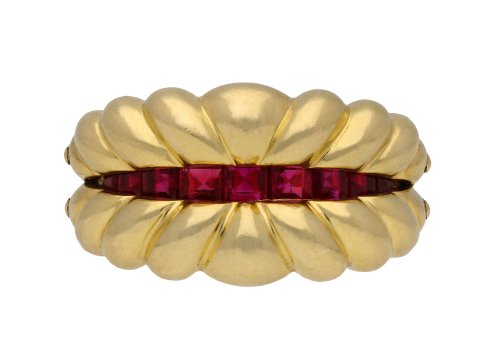 The birthstone of July, this month we are celebrating ruby, one of the most ravishingly beautiful gemstones in the world.  Rubies have been treasured and revered for centuries, their intense red colour evoking emotions of love, lust and true romance. Many legends abound around rubies, they are said to bring the wearer love and power, and have long been a symbol of passion, eternal devotion, energy and life.

The name ruby was derived from 'ruber' meaning 'red' in Latin and has been used in jewellery for centuries. In Biblical times they were regarded as a most adored gemstone, 'She is more precious than rubies', Proverbs 3:15. Indeed, there is nothing that says 'true love' more than a blood red ruby.

Ancient Hindus believed that the red colour of ruby came from an internal flame that could not be put out, making the stone a symbol of everlasting love. Native Americans believed that an offering of a fine ruby would ensure rebirth as a powerful emperor. In the Middle Ages, people believed that rubies contained the power of prophecy, and could darken in colour to warn its wearer of impending peril, then lighten again, once the danger had passed.

Nowadays rubies are considered not only ravishingly beautiful, but today very fine rubies are fetching extraordinarily high prices which continue to ascend due to their increasing rarity. For rubies, it is their intensity of colour, rather than their clarity, which makes them so valuable, and this is greatly determined by where a ruby is found. The most important mines for rubies are undoubtedly the Burmese mines from the Mogok region in Upper Burma (Myanmar). These mines have been worked for centuries and produce the finest, gem quality stones of a very distinctive red with specific inclusions. It is from here that the highly revered 'Pigeon's blood' hue is found of a bluish-red, along with other desirable shades that are also only found in this region, namely those with a certain pink tinge.

Rubies can be fashioned into faceted gemstones or en cabochon depending on their qualities and both are seen within jewellery. When certain silk-like inclusions are arranged in a particular manner within the stone they can display an optical effect when cut en cabochon called 'asterism', or 'star ruby'. As the name suggests, when light is reflected in a particular way onto the gemstone a shimmering star can be seen. This phenomenon is rare and is therefore desirable.

To find your very own ravishingly beautiful piece of ruby jewellery, browse the Berganza website where our entire collection is available to view, alternatively visit our showroom in Hatton Garden. The Berganza showroom will be closing from 5pm August 2nd until 10am on August 31st so be sure to visit us before then to find the perfect piece! 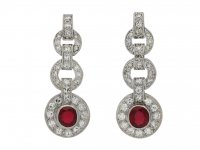 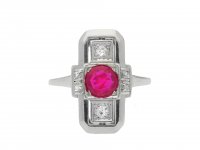 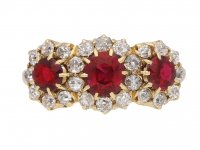 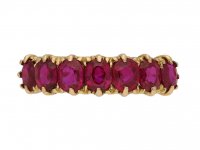 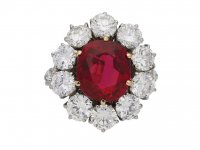 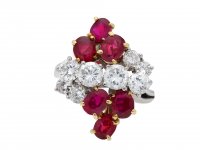