The History of Watches 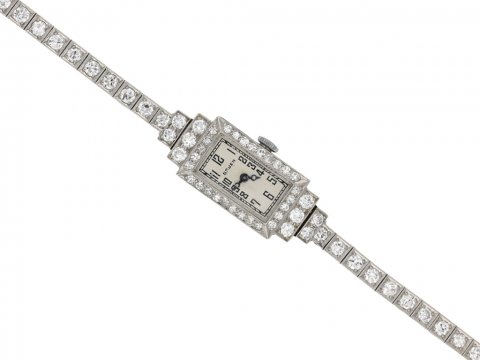 It was in the mid-1500s that the first watch was invented and the idea of a watch as a piece of jewellery can be traced all the way back to its origins in Switzerland. The first watchmakers were originally jewellers, who had to otherwise utilise and expand on their craft when John Calvin banned the wearing of jewellery as part of the Protestant Reformation. He deemed that as watches had a practical purpose, they were allowed to be worn. Thus, the Swiss watch industry was born.

Initially watches were only available to the wealthy and upper classes, and the first form these took was that of the pocket watch. Craftsmen had to undertake many years of apprenticeship before becoming a Master Craftsman, and this skill can be seen in the time pieces which were being created with the most extraordinary attention to detail. One of the most famous and well documented of these early pocket watches belonged to King Henry VIII.

Prior to the 20th century when wrist watches became the norm, watches could be set into an assortment of accessories, such as fobs, pendants, and there are also examples of watches being set into daggers and canes. In the 1750's Madam de Pompadour was gifted a watch that was set in a ring, perhaps one of the most famous examples of this style, which shows how the watch was considered a unique piece of jewellery.

Whilst the internal mechanisms of watches continue to evolve over the centuries, the pocket watch remained a constant staple of the gentleman’s attire. It was only during World War I that the man’s wrist watch became popular, as an easily accessible watch was needed for soldiers in the trenches to perform military maneuvers at the correct time. This trend would continue into civilian life, marking the style of watch that we today are most familiar with.

The wrist watch for ladies had been in use many years before it became the norm for gentlemen, but truly became fashionable in the 1920's, as ladies were becoming increasingly independent and were managing their lives and their time more than they had ever done in the past. Whilst proving to be a useful accessory, watches were also adorned with an array of coloured gemstones and diamonds, becoming not only practical but also a stunning accessory.

If you would like to own your own unique time piece from history, here at Berganza we have a selection of unique watches for you to choose from, to transform an everyday activity into something a bit more special! Our entire collection is available to view online or else visit us in our Hatton Garden showroom. We are open Monday to Saturday from 10am until 5pm. 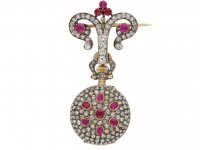 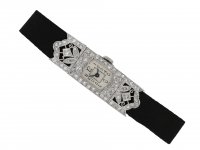 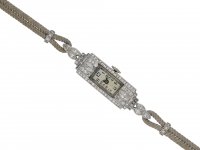