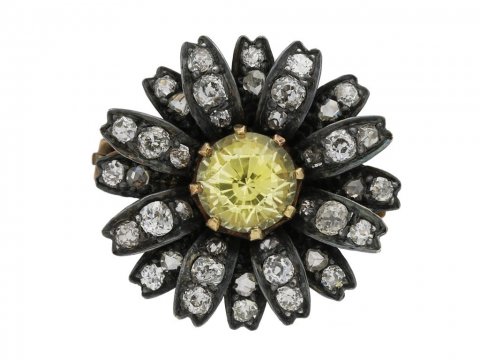 The earliest association of Valentine’s Day with the modern concept of romantic love is often traced to court literature of the Middle Ages.  The first mention of the day in this context is in Geoffrey Chaucer’s Parlement of Foules  (1382), a poem written in honour of the first anniversary of the engagement of Anne of Bohemia to King Richard II of England.  From that point, references to Valentine’s Day continue to appear in European literature, including in that of Shakespeare.

The holiday can first be recognized in its current incarnation in the early nineteenth century, when it began to include the giving of love tokens, including flowers, chocolates, and cards, the latter of which first appeared in England.  Also during this period the concept of sentimentalism was encouraged by the Romantic Movement, further popularizing the holiday.

No doubt a product of this age of sentiment, Queen Victoria played a major role in the promotion of romantic jewellery.  She was particularly fond of naturalistic floral forms, which featured in her bridal jewellery when she wore a wreath of enamelled orange blossoms.  The symbolic meaning of flowers was more commonly understood during this era, orange blossoms, for example, signifying purity and eternal love.  Other flowers which symbolized love were daisies, for loyal love, roses, for happiness in love, and pansies, for a lover dwelling in ones thoughts.

The Queen was also fond of hearts, an example from her own collection being a bracelet set with heart shaped lockets containing mementos of her family.  Double heart rings became especially popular during Victoria’s reign, symbolising ‘two hearts entwined’, which were often surmounted by crowns or bows, the knot which also embodied the idea of the strong union of lovers.  Birds, often in pairs, were associated with trust and lovers united, and arrows, an attribute of Cupid, the Roman god of love and beauty, also became fashionable romantic motifs in jewellery throughout the century.  The gemstones themselves also held romantic meanings.  Diamonds signify everlasting love, rubies passionate love, and amethysts deep love and happiness.

Gifts of jewellery between famous lovers also appear throughout the ages, including Napoleon and Josephine, Tsar Nicholas II and the Tsarina Alexandra, and Richard Burton and Elizabeth Taylor.  Jewellery is sure to continue as enduring symbol of love and is ever a fitting expression of emotion, especially on the day for lovers, Valentine’s Day. 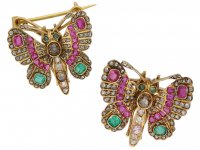 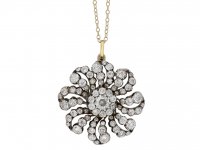 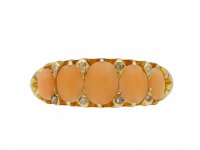 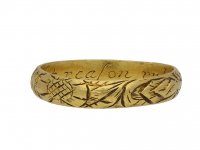 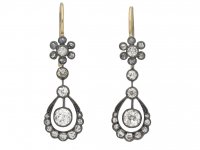