Gold around the Globe 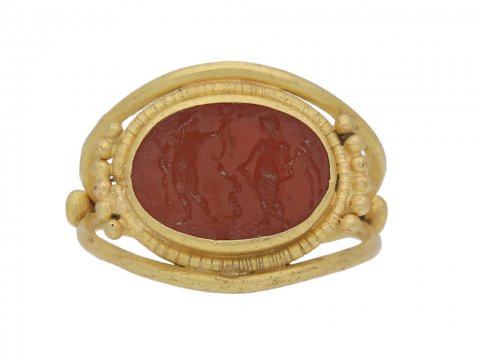 Of all the precious metals used in the creation of jewellery, gold has remained popular throughout history. We can date the use of gold in jewellery back to 5000 BC and the Ancient Egyptians. Indeed, many ancient civilisations utilised gold as it was easy to work with, allowing for an array of styles and techniques to blossom.

From the intricate filigree of the Ancient Greek goldsmiths to the complex Viking knot designs, goldsmiths across the ages found new ways of making this precious metal their own to symbolise important aspects of their unique cultures.

Gold has held many significant meanings for different civilisations across the globe. In Western societies gold has long been symbolic of wealth, power and status. Gold jewellery was worn in abundance in both the religious and royal courts of Europe, especially throughout the Medieval and Renaissance eras. In other parts of the world, gold was viewed less as an object of monetary worth and more for what it represented.

In many Pre-Columbian cultures gold was used to represent sun deities. The Incas, Aztecs and Mayans, to name a few, all used gold as a way of honoring this highest of deities. Depictions of these gods were often created in gold, both for the personal adornment of the elite, and decorative purposes for use in ceremonies and rituals. Indeed, for the Incas, gold was only seen to hold value when it displayed such imagery.

As well as being a form of decorative adornment, gold jewellery also held a practical purpose. Signet rings were used as a form of signature and Viking jewellery could be taken and hacked apart to use as currency. Gold was often used for accessories as well as jewellery, and moving into the 20th century, gold was used in the creation of objects, such as vanity cases and card boxes.

Here at Berganza we have examples of the finest gold metalwork, spanning thousands of years. If you would like to own your very own piece of handcrafted jewellery, you can do so by browsing our collection online or visiting us at our Hatton Garden store. 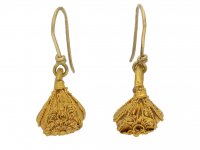 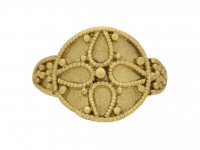 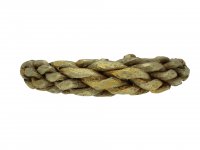 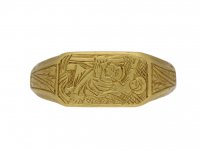 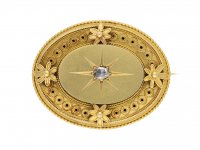 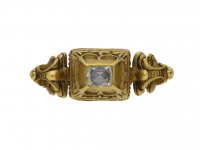