During this time departed souls are remembered. 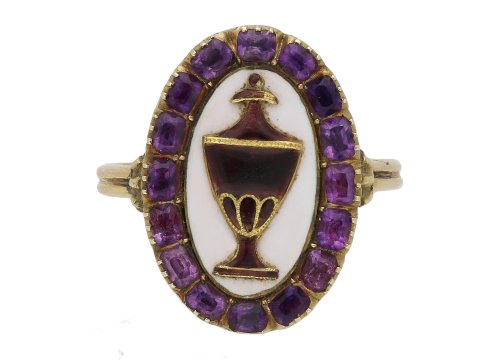 “Tis the night—the night
Of the grave's delight,
And the warlocks are at their play;
Ye think that without,
The wild winds shout,
But no, it is they—it is they!”

Established by Pope Gregory III during the 8th century AD, Allhallowtide takes place from the 31st of October until the 2nd of November, encompassing All Saint’s Eve (Halloween), All Saint’s Day and All Soul’s Day. It is during this time that the saints, martyrs and departed Christian souls are remembered.

The origin of Halloween can be traced back much further however, to Celtic times when it was celebrated as the pagan festival of Samhain (from the Old Irish meaning “summer’s end”). With the Celtic year beginning on the 1st of November, this harvest-time feast marked the beginning of the cold, harsh winter – a period that was closely interlinked with human death and suffering. On the night of the 31st of October, the Celts believed that the worlds of the living and the dead became blurred, and that the ghosts of the dead roamed the earth, damaging crops and property. Offerings were left to appease the dead souls (known as Aos Sí) and druids presided over rituals and sacrificial bonfires, whilst costumes of animal heads and skins were worn to ward off evil spirits.

This Halloween, we have compiled a selection of Memorial jewellery for you to peruse. Although it may seem morbid to us, in the past when poor diet and sanitation meant that few survived past the age of forty, a fascination with death and the afterlife prevailed. This is clearly manifested in the wealth of antique mourning jewellery that survives to this day. From at least the sixteenth-century, a tradition arose whereby jewels and other trinkets were commissioned in memory of a deceased family member – these were known by the Latin phrase Memento Mori, which translates to the rather grim expression ‘remember that you must die’. Typically featuring skulls, urns and other symbols of death, these jewels were frequently enamelled in black and white, and inscribed with the names and dates of the deceased. In many instances, hair and occasionally skin from the deceased was incorporated in to these designs. Certain gemstones were also closely associated with mourning – pearls for instance, were said to indicate the loss of a child.

Morbidly fascinated by Memorial jewellery? Browse our collection online or visit us in store this All Hallow’s weekend. 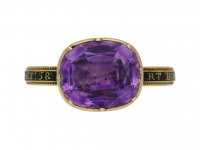 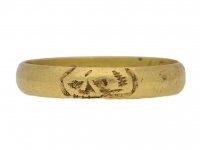 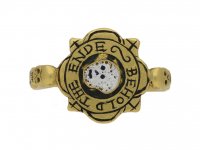