Synonymous with luxury and craftsmanship in fine jewellery. 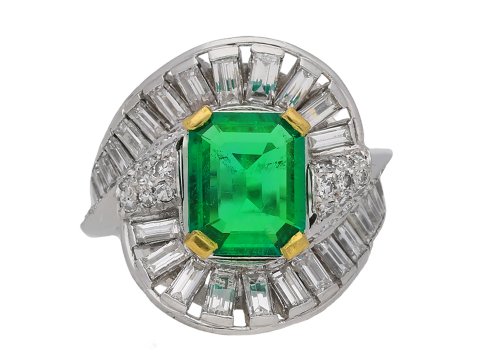 Towards the end of the 19th century, jewellery design and production changed remarkably. Yet despite the political turmoil that had preceded this time, it was a single event in 1868 that had the most dramatic influence. A new mine was discovered in South Africa that resulted in an influx of diamonds for the world market. Previously diamonds were principally mined in India or Brazil but with this new discovery came the freedom for jewellers to use as many diamonds as they wished.

Master jewellers in the Western world emerged as individual creative voices, shedding the anonymity under which master craftsmen and artists had previously worked. As unique design flourished, the great jewellery houses that originated in this period successfully assimilated innovative design with incredible craftsmanship that appealed not only to socialites but to actors and royalty. During their 19th and early 20th century heydey they were synonymous with luxury and craftsmanship in fine jewellery.

One such jewellery house, Van Cleef & Arpels, was founded in Paris in 1896. Their collections concentrated on the major gemstones, namely diamonds, rubies, sapphires and emeralds. Characteristic themes seen in their exquisite collections were graceful curves, fluid lines, a virtuoso use of colour and a sense of movement implied by the lines of the design or literally with mobile elements produced mechanically in the jewellery.

The House of Boucheron, founded by Frederic Boucheron in 1858 was a French family dynasty. For more than a century they have been associated with French fine jewellery. They used precious gems such as diamonds alongside natural materials such as rock-crystal, wood and ivory to create naturalistic forms unique in their ability to shimmer and dance with movement. Ever the fan of luxury goods, Queen Elizabeth II has a collection of Boucheron jewels which now lie within the royal vaults. In 1921, Boucheron was commissioned to create a tiara for Lady Greville, which was later gifted to Queen Elizabeth, The Queen Mother. Prince Charles later gave the tiara to his wife Camilla, Duchess of Cornwall.

Cartier from their inception were the byword in luxury and quality. Founded in Paris in 1847 by Louis-Francois Cartier, the company solidified its reputation as master craftsmen with its longstanding connection to European royalty. For his glittering coronation in 1902, King Edward VII ordered 27 diamond-set tiaras and thanked Cartier by presenting the firm with a Royal Warrant in 1904. King Edward VII later referred to Cartier as “the jeweller of Kings and the King of jewellers”.

Looking for your own unique piece of master craftsmanship? Visit Berganza instore or online to view our collection of ancient, antique and vintage items. With one of the largest collections of period jewellery in the world, we have styles and pieces suitable for every occasion. 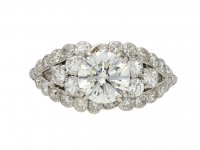 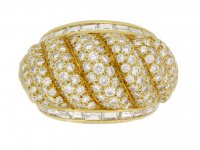 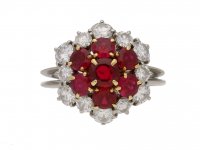 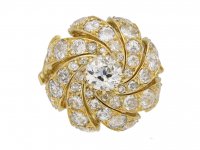 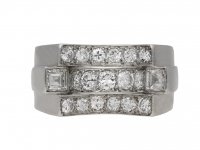 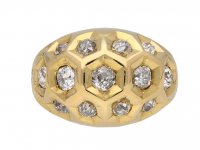 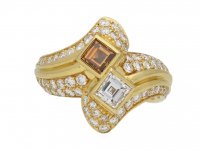 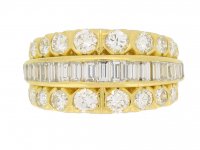