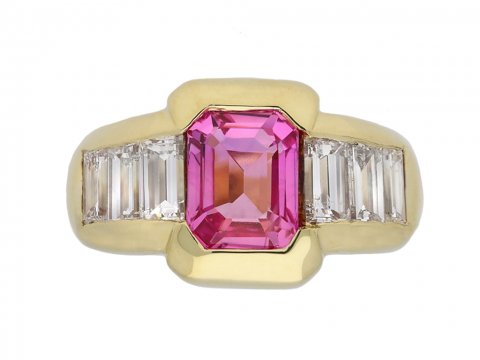 The island of Sri Lanka, formerly known as Ceylon has the greatest concentration of gem deposits in the world. Despite being a small country, the island has been recognised throughout history for its astonishing range and plethora of precious gemstones. Not just rubies and sapphires, though these abound, but some forty other gem species including spinel, moonstone, garnet, amethyst, peridot, quartz, alexandrite, tourmaline and topaz. These precious gems offer a rainbow of colour choices.

The gem industry in Sri Lanka has been in existence for over 2500 years. Ptolemy, the 2nd century astronomer recorded that sapphire and beryl were the mainstay of Sri Lanka’s gem industry. In 1292, the great explorer, author and merchant Marco Polo described Ceylon as the ‘Jewellery box of the Indian Ocean’. He wrote that the island had the best sapphires, topazes, amethysts, and other gems in the world.

Sri Lanka is primarily known for its profusion of corundum gems, these include rubies, sapphires and the prized phenomenal gem stones such as star sapphires, the rainbow hues of fancy colour sapphires, and notably the extraordinary and highly sought after padparadscha sapphire.

Ceylon sapphires are famous for their bright mid blue colour. Typically a lighter shade of blue than sapphires from other mines across the world, this attractive colour is a distinctive ‘cornflower’ blue hue. While the most traditional sapphire colours are blue, pink and yellow, these gem stones can also be found in green, black, orange and purple. Star sapphires showcase an unusual optical phenomenon known as ‘asterism', displaying a spectacular shimmering star effect on the top of the stone. The rarest sapphire in the world, the famous ‘padparadscha’ sapphire dazzles those who behold it with a pinkish-orange hue. Their name is derived from the Sinhalese word for ‘lotus flower'- a blossom of exquisite colour.

A vast variety of spinel in reds, violets, pinks, blues, purples, greens and browns also originate here. Sri Lanka’s spinels feature in many of the worlds crown jewels. The ‘Black Prince’s ruby’ is actually a 170 carat red spinel, set above the Cullinan II diamond to the front of the Imperial State Crown of England, while The Imperial Treasury of the Soviet Union contains an astonishing 400 carat red spinel, presented at one time to Catherine the Great.

We are privileged to be able to offer an impressive collection of these very special and rare gem stones from Ceylon which can be prized, enjoyed and worn today. Visit Berganza in store or online to view our entire collection. 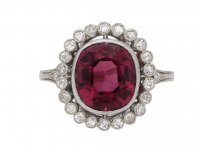 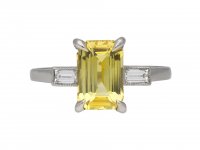 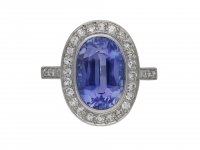 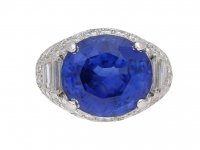 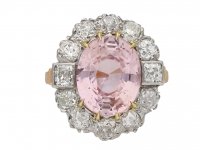 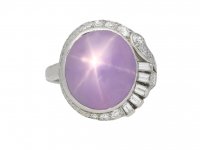