jewellery for gifts for men on fathers day

gifts for the men in your life 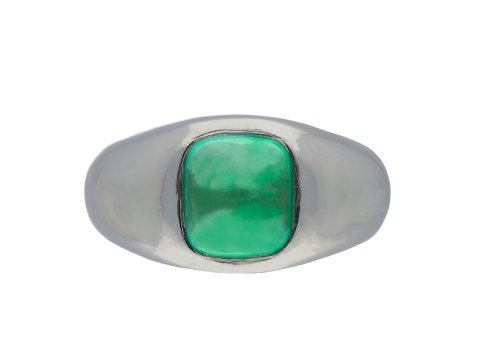 Father’s Day has been celebrated in the Catholic nations of Europe since the Medieval era. However, Father’s Day as we know it originated in Spokane, USA, where Sonora Smart Dodd began campaigning in the early 20th century for a day to celebrate fathers, just as there was to celebrate mothers. Quickly rising in popularity, the bond between father and child is now celebrated with gatherings, food and gifts around the world. With one of the largest collections in Europe of ancient, antique and vintage jewellery, you are sure to find the perfect piece to celebrate this day!

Men have adorned themselves with jewellery for centuries, as it was an easy way to show one’s wealth and status, whilst often serving a practical purpose. Throughout history, signet rings were decorative and beautiful, however, they were also highly functional items which played an important, administrative role within society. By pressing the signet ring into hot wax or soft clay, a distinctive impression would be left that functioned as an official seal. People would use their ring to make their identifying mark, proving the authenticity of documents. From the ancient civilisations through to Tudor and Victorian, you are sure to find a unique signet ring for the special man in your life!

What better way to express love and affection than by giving a posy ring, so-called because of the motto or poem inscribed inside the ring. These tokens of love and friendship were gifted between the fifteenth and nineteenth century in England and France. Here at Berganza, we have one of the largest collections of posy rings outside of a museum, with a variety of posies to suit every occasion!

Cufflinks and dress sets also make a wonderful gift. Becoming popular in the seventeenth century, cufflinks were originally formed from two ornate buttons connected by a chain and were the new way of fastening sleeve buttons where previously ribbon, ties and string had been used. Jewellers quickly saw that they could be set with gemstones or engraved with designs and they were often gifted to commemorate special occasions. Dress sets, with matching button studs and cufflinks also provide an effortlessly elegant look.

Whilst trends in jewellery for gentlemen have changed over the eras, beautiful design and exquisite craftsmanship have never gone out of fashion. At Berganza, we have one of the largest collection of men’s jewellery from across history. Our entire collection is available to view online or in our Hatton Garden showroom, and with complimentary UK next day delivery and gift wrapping including a personalised note, available for every purchase, it has never been easier to treat the special man in your life to a unique gift this Father’s day on Sunday 20th June. 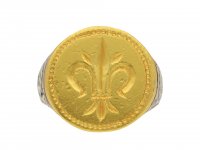 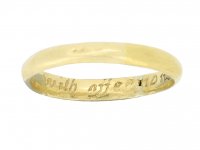 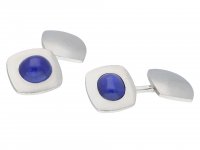 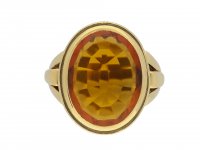 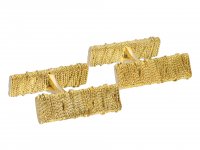 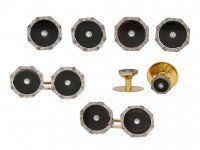